The University of Southern California Games Expo has shifted to an online-only expo with more than 50 student game demos.

USC Games director Danny Bilson said in an interview with GamesBeat that the school has had to scramble in recent weeks to convert a 2,000-person physical event for students and faculty into an all-digital event.

USC Games has been ranked as North America’s No. 1 game design program for nearly a decade, according to the Princeton Review. Jam City is sponsoring the event and it had to put in even more money to convert the event to digital, said Bilson, who is also the screenwriter for Spike Lee’s upcoming Da 5 Bloods film.

“We actually got all the faculty — every single faculty in USC Games — to participate in helping put this thing on. So it took all hands on deck,” Bilson said. “We had to figure out how to show games, and that’s a lot harder than in-person. We’re dropping 50 executables so that people can check out and enjoy the final projects of the students.” 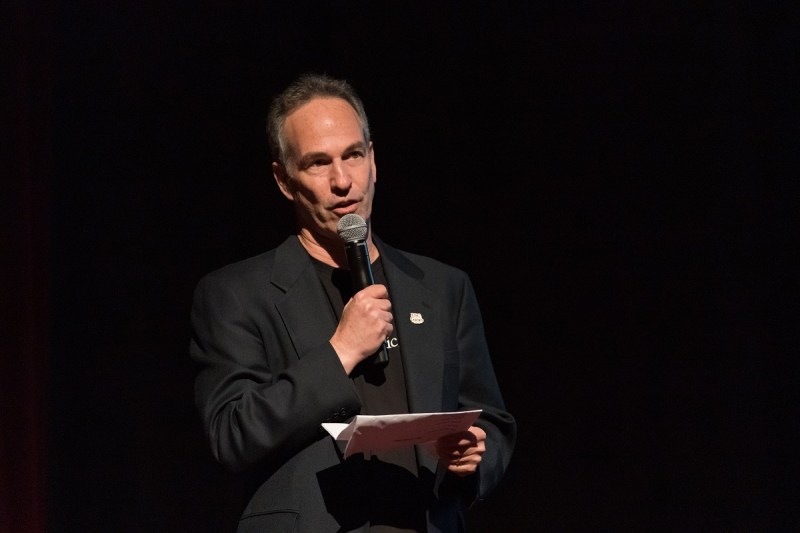 Above: Danny Bilson is head of USC Games.

When the lockdown orders hit, many of the students were in between their alpha and beta tests on large projects with as many as 15 students per game.

“About 12 of these have been in production for a year,” Bilson said. “These games are as good or better than anything we’ve ever had. And as it’s a tribute to the students, because not only was it a technical problem or an emotional one going home. These students all had these plans for graduation and going into industry, and they still have plans for that, but it’s a lot more uncertain.”

“So combined with their world coming apart, and their games coming, we felt that our expo had to go on,” Bilson said. “In February, we were already thinking, if something goes wrong, if this gets a lot worse, we got to take it offline.But on March 11, everyone had to go home and at that that point, we started full fledged plans. Our motivation was to do something special for these students.”

Some of the demos will take the form of trailers. Others will be playable as downloads.

“We’ve always wanted to be able to share the expo. So this year, we took all our resources and put it into learning how to do this online,” Bilson said. “We wanted to put this thing online and give the students a great send off under unbelievable circumstance.”

The event starts at 2 p.m. Pacific time on May 12, and the various showcase demos continue through 9:30 p.m. Anyone interested in attending can RSVP for free here.

The 2020 USC Games Expo livestream will be hosted by The Game Awards host and producer Geoff Keighley and will feature a wide range of games and student projects designed to showcase the industry’s future.

More than 50 games will be available to play and download, and in all more than 90 student video games will be highlighted throughout the Expo. Perhaps all of the 400 students in the program are also participating in the expo day. Several celebrity drop-ins are scheduled during the stream from the entertainment and video game industries.

“As you know, USC has tremendous alumni support and friends of USC,” Bilson said. “So we just started calling in people to support our students in this crazy endeavor this spring.” 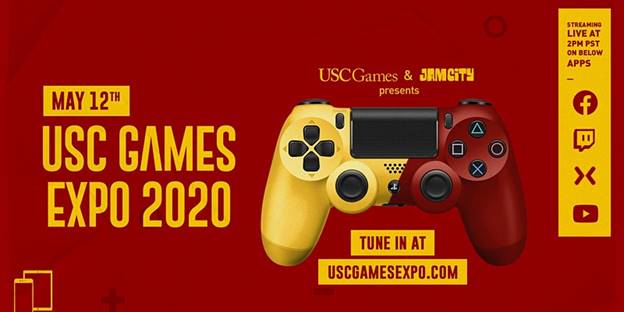 Above: The USC Games Expo is sponsored by Jam City and will be online only this year.

High school and middle school attendees can also join a special student-focused Expo preview on Monday, May 11 at 10 a.m. Pacific. The students-only event is designed to provide access to USC faculty and students who can discuss the potential for continuing education and careers in the videogame industry.

It wasn’t easy to shift students to working on games at home, but it was definitely easier than doing that with film students, who can’t even work on films now.

A few of the games were mobile titles. In years past, some of the teams were as big as 60 students.

“We decided to try scaling them down because some of the larger team we found that the students didn’t have the training to manage that larger team,” Bilson said. “I think it became really unwieldy. So we kept it around 15 or so. It might become 20 or so with the volunteers.”

Previous games that made their debut at the USC Games Expo include award-winning projects such as Mobius Digital’s Outer Wilds and Thatgamecompany’s Flower. Bilson spoke with Peter Levin, managing director of Griffin Gaming Partners, at our GamesBeat Summit 2020 event, about the future of world building and narrative in games.

This year’s lineup brings a diverse set of titles including a physical-therapy simulator, a virtual reality game that helps players feel what it’s like to be a black person in America, to a game that uses eye-tracking technology to escape from a dark room.

USC Games is a joint initiative between the USC Viterbi School of Engineering and the USC School of Cinematic Arts.