In addition to the Surface Book 3, Microsoft today unveiled the Surface Go 2 ($399), Surface Headphones 2 ($249), and Surface Dock 2 ($260). They’re all available for preorder today and ship on May 12. Oh, and the Surface Earbuds ($199) that Microsoft unveiled in October and were supposed to ship last year? They also have a new release date. You guessed it: May 12.

Microsoft’s Surface line is a billion-dollar business for the company. It’s where Microsoft showcases various Windows form factors, pushing the PC industry forward. Surface is also where the company experiments with software and hardware to improve productivity for consumers and businesses alike. The headphones and earbuds, for example, let you talk with dictation in Word, Outlook, and PowerPoint. If you use computers for serious work, Surface is the brand you need to watch for what might come next. 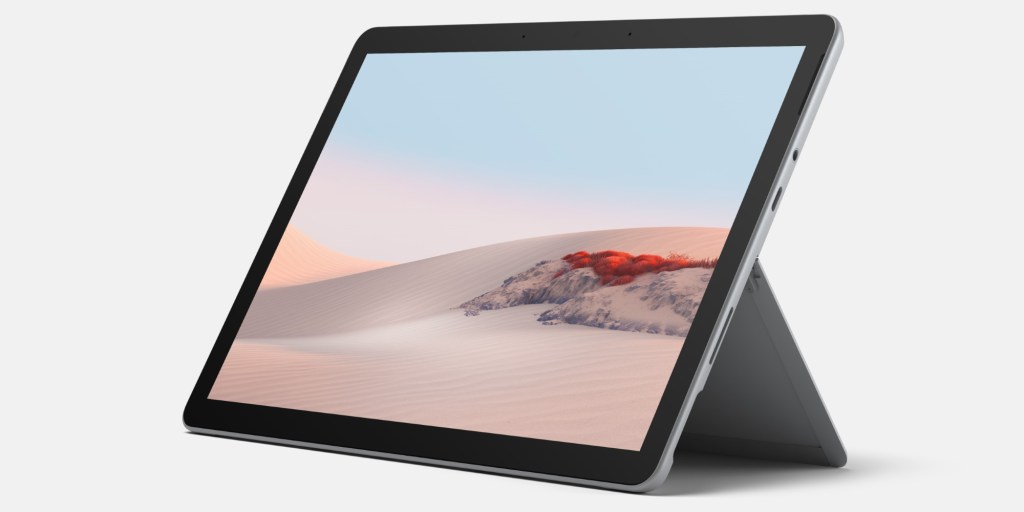 Compared to the original Surface Go of two years ago, the Surface Go 2 has a bigger and higher-resolution screen (10.5-inch, 1920×1280, 220 PPI versus 10-inch, 1800×1200, 217 PPI). It also has a slightly longer battery life (up to 10 hours versus up to 9 hours). In our review of the original Surface Go, we found the performance lacking. Microsoft is attempting to fix that with a model that offers “up to 64% faster performance than the original,” thanks to Intel 8th-generation Core M options.

The Surface Go 2 still has dual microphones, Surface Pen support, and a 5MP front-facing camera. The company did, however, include a new Camera app for the 8MP rear-facing camera “to make it easy to scan documents and whiteboards.” Surface Go 2 can be personalized with Type Covers in Platinum, Black, Poppy Red, and Ice Blue. Our own Paul Sawers described the original Surface Go as offering “near-perfect portable productivity.” If the Surface Go 2 improves on performance enough, it might hit that perfect mark. 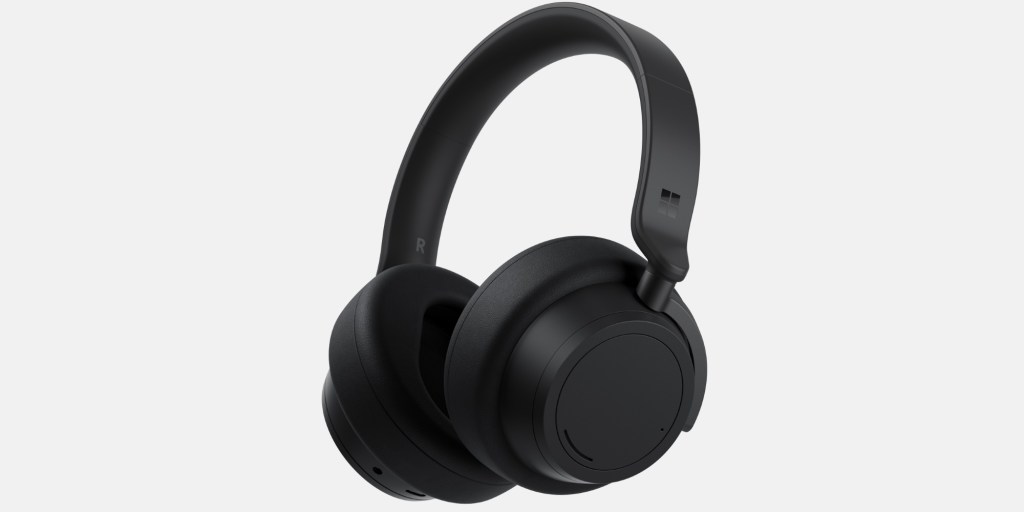 The Surface Headphones 2 sound like a true successor. Compared to the original Surface Headphones, they are $100 cheaper ($249 versus $349) and have better battery life (up to 20 hours versus up to 15 hours). Microsoft even claims you can listen to “almost an hour of music with just a five-minute charge.” They still offer 13 levels of ambient noise control, though Microsoft says it has improved the sound quality. The music pauses when you slip off the headphones and resumes when you put them back on. The on-ear dials, specifically tuned to either block out or amplify human voices, will be particularly handy if you are learning or working from home. The ear cup design now rotates 180 degrees “for greater comfort when wearing around your neck.” There are also black and grey color options, in addition to the original platinum. 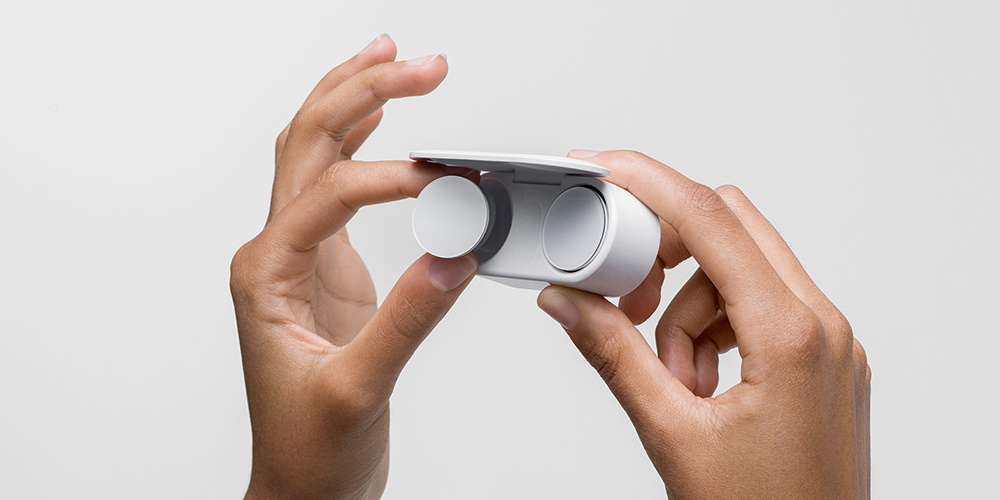 Again, the Surface Earbuds are not new, but they are finally shipping — and for $50 less than the originally announced price. The Surface Earbuds feature voice control and touch controls. You can play Spotify from your Android phone with a triple tap on either earbud. Most interestingly, the Surface Earbuds work with any virtual assistant, not just Cortana. As we learned in February, Microsoft is refocusing Cortana on the enterprise this year.