The Medium is a next-generation Xbox Series X psychological horror game from Bloober Team, the Poland-based makers of Blair Witch, Observer, and Layers of Fear.

Microsoft unveiled the game at its Xbox 20/20 event for new titles coming for its Xbox Series X game console this fall.

You play as Marianne, a medium living in two worlds: the real and the spirit one. Haunted by a vision of a child’s murder, you travel to an abandoned hotel resort, which many years ago became the stage of an unthinkable tragedy.

There you begin your search for difficult answers. The Medium’s soundtrack is a collaboration between two composers – Bloober Team’s Arkadiusz Reikowski and Akira Yamaoka of Silent Hill fame – reflecting the game’s most important theme: duality. It’s about how your perspective changes your perception.

Jacek Zieber, a developer at Bloober, said that The Medium is about what you would sacrifice for your family, where you would see two different aspects of the world. There’s the real world as well as a psychological nightmare world. It takes place in Krakow, Poland, where you play as a character named Maryanne, who is a medium who can navigate into the spiritual world. All your anger, urges, and secrets are reflected in this spiritual world, and only a medium can solve the mysteries of that world, Zieber said.

Microsoft unveiled 13 new third-party titles coming to Xbox Series X from a variety of partners, big and small, across the industry. Bloober said the title is its largest and most ambitious game to date.

All of the games included in tomorrow’s show will be optimized for Xbox Series X, meaning they are built to take full advantage of Xbox Series X with features that make games look and feel incredible such as 4K resolution at up to 120 frames per second, hardware-accelerated DirectX raytracing, and fast load times. 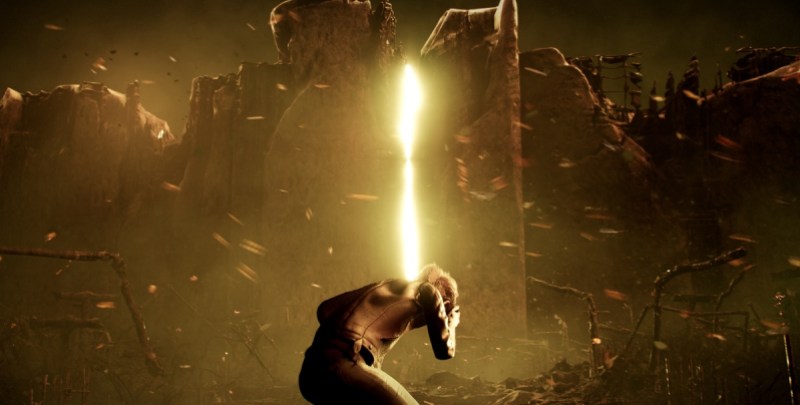 Above: The Medium takes place in the real and spiritual worlds.

Microsoft’s Matt Booty said Xbox will reveal its games produced by internal studios in July. The music comes from Yamaoka, who creates heavy and disturbing music for games such as the Silent Hill series. Zieber said Bloober is harnessing the horsepower of the Xbox Series X console, with no loading screens that enable a seamless experience. When you switch between worlds, there are no loading screens, he said.

“Every one of our games has a central theme that drives its creative and technological design. In The Medium, we focus on perspective and perception. When you change your point of view, you discover that things are more complicated and nuanced than you initially thought” – said Piotr Babieno, CEO at Bloober Team, in a statement. “The Medium is our most ambitious game ever and we can’t wait to show you how we’re translating this vision into a psychological horror.”

The Medium will launch on Xbox Series X and PC during the holiday season of 2020.