With big gaming events getting delayed or canceled, Hendrik Lesser decided to do an online event targeted at business development professionals in the European game industry. The result is this week’s European Games BizDev Gathering.

More than 400 people are registered to attend the online-only event on May 13 and May 14. The event has no speakers, and it’s geared toward game business development professionals for game developers, publishers, and investors. The point is simply to meet with these grups of people who can no longer go to physical game events to stir up business, make deals, and otherwise interact.

Lesser, a game development veteran and CEO of Remote Control Productions, came up with the idea a month ago after he thought about the challenges of working during the pandemic.

“If we do not meet people for months to do business development, we will have a problem in the future,” Lesser said. “After I realized that this affects everyone, I brought together several players from the industry like the European Games Developer Federation (EGDF), Reboot, and MeetToMatch to make this an event.”

Lesser decided to target the industry’s developers, with the goal of getting them to meet with publishers or, in the case of self-publishing, to meet with investors. Lesser said he hopes the 400-plus people will schedule thousands of meetings during the event. 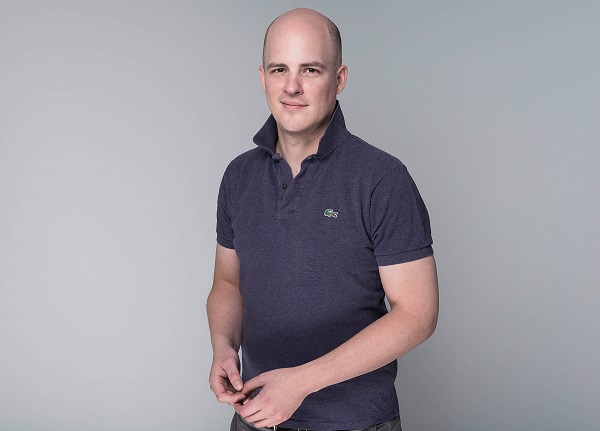 Above: Hendrik Lesser is the CEO of Remote Control Productions and organizer of EGBG.

The event will replace some of the business opportunities lost with the postponement of the Game Developers Conference in March and the outright cancellation of the Electronic Entertainment Expo in June. On top of that, Gamescom (one of the largest game industry events in the world) is in the process of being converted to a digital event.

The European Games BizDev Gathering will use MeetToMatch as its platform for meetings. Lesser has been an independent entrepreneur since 2005, and he said he sees a lot more specialization in the game industry now than in the past. Lesser said he attended our online-only GamesBeat Summit 2020 event in late April, and he had never been able to do that before because of the distance.

“I have to say I loved it that I can now join stuff like this from my couch,” he said. “So I think there will be digital-only or mixed events in the future with great concepts still evolving while we go.”

Lesser thinks that developers should embrace the “new normal” and see the crisis as an opportunity for new conversations. At Remote Control Productions, Lesser runs a production house for developers. He said this enables developers to focus on game development while his company takes care of the rest of the tasks — administrative, financing, human resources, marketing, strategy, and other business matters .

Issues for game companies to confront include meeting in person to make deals happen, hiring new people and interviewing them properly, providing leadership for remote workers, and ensuring security. Game companies should also figure out whether revenue gains will hold up if the shelter-in-place rules stay in place and job losses accumulate.

To address some of these issues, Lesser suggested, “Mindfulness, strategic thinking, sticking together and exchanging best practices with fellow developers,” as well as bolstering cash positions and staying flexible.

“Ideally, we will have a better transition into the new normal than the way we went into the crisis. We will see how spending from players, publishers, and investors will develop,” he said. “So I wish for our landscape to be even more diverse, strong at its core, and able to make awesome games who are played and loved by people from all around the world.”