Google is rolling out a new subscription pricing structure for its suite of Nest security products, more than six months after first revealing its plans. While the move is partly designed to simplify the pricing, it also goes some way toward enticing customers to purchase more Nest devices by removing per-device fees from its Nest Aware subscription plans — this will help Google compete with Amazon in the burgeoning smart home-monitoring space.

The global home security systems market specifically was pegged as a $46 billion industry in 2018, according to MarketsAndMarkets, a figure that could rise more than 60% by 2023. The internet of things (IoT) is a major driving force behind this, with customer-installable, Wi-Fi connected cameras from the likes of Amazon and Google stoking demand.

Google’s latest move also speaks of the growing competition by technology companies to “own” the smart home, with an array of devices spanning cameras, voice-enabled smart speakers, displays, and more serving to hook consumers into distinct connected ecosystems.

Google sells a range of Nest-branded security cameras and smart displays with varying degrees of functionality. While these devices can be used to monitor both the interior and exterior of the user’s home in real time, as well as receive alerts via a mobile app, a separate Nest Aware subscription unlocks a bunch of extra features. Up until now, this has included unlimited 24/7 recording, which costs $5, $10, or $30 per month depending on how much video recording history the user wants. But a real downside has been that subscribers have had to pay a separate subscription fee for each Nest device on their home network.

From today, in the 19 markets where it’s available, Nest Aware will now be available as part of just two subscription plans. The cheapest option will be $6 per month, which includes access to 30 days of “event” video history, which means that subscribers can access clips of “incidents” detected by the camera, rather than continuously recording everything. For $12 per month, customers can access 60 days of event history, plus 10 days of 24/7 video recordings. Both subscriptions drop to $5 and $10 per month when paid annually.

But arguably the biggest change here is that both Nest Aware subscriptions include unlimited devices, be it cameras, speakers, and displays. This will make the service much more appealing for those who were thinking about installing several Nests throughout their home, given that it will cost less. 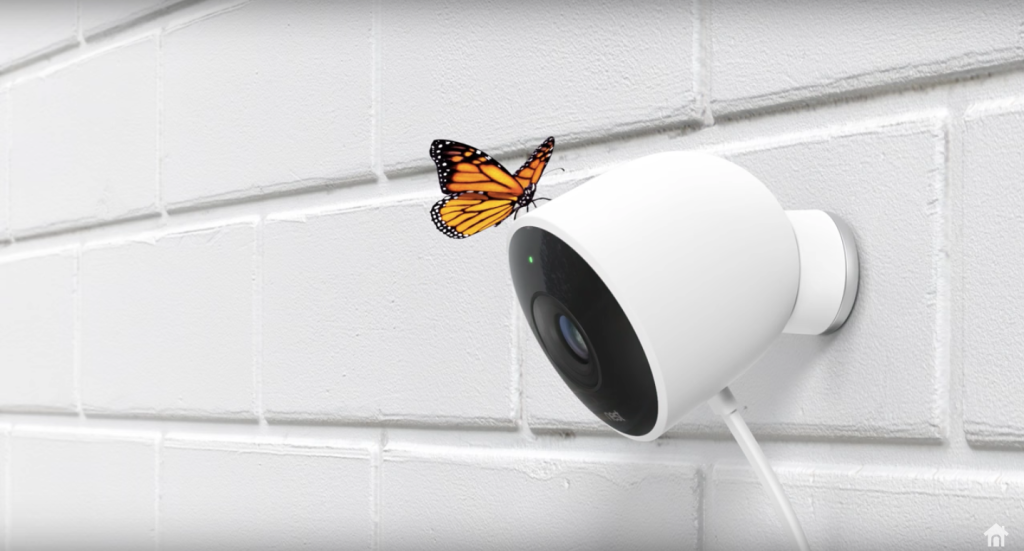 Above: Nest Cam Outdoor is a security camera that works outdoors and is weatherproof.

For context, Amazon’s Ring Protect comes with two subscription plans. The Basic plan is $3 per month and offers 60 days of video history for events that a single Ring device has detected. For $10 per month, the Plus plan lets Ring users add as many Ring devices as they like and access 24/7 professional monitoring, which includes the ability to beckon emergency responders when a security incident is detected. Ring Protect doesn’t yet offer its users access to 24/7 general recordings, though — only footage of “incidents” it has detected.

The appeal of each service will of course depend on what the individual consumer is looking for. Someone who simply needs a single camera to issue real-time alerts whenever it detects something awry would probably be happy with a basic Amazon plan at $3 per month. But Nest Aware is now a far more appealing proposition for those looking to kit their homes out with multiple security cameras. Moreover, Google needs to do as much as it can to ensure it holds enough leverage to get people inside its smart home ecosystem.

Data from eMarketer suggests that Amazon’s Echo devices are currently used by 70% of U.S. smart speaker users, while just 32% use Google’s brand of smart speakers (the figure is more than 100% because some people use both brands). Clearly this is a trend that Google would like to reverse, and by making one of its smart home products more accessible, it could encourage uptake of other products in its lineup.

It’s also worth noting that Google says those happy with the benefits of their current Nest Aware subscription can remain on their existing plan.

Google is also adding a bunch of new smarts to Nest Aware, including the ability to monitor your home using audio picked up by Nest smart speakers, so that a smoke alarm or glass-breaking sound will send an alert to the Google Home app. Additionally, the Google Home app will also allow Nest Aware subscribers to dial 911 in the U.S. if they are away from home — the main benefit of calling through the app, rather than through the phone itself, is that the app will automatically route your call to the center closest to your home rather than nearest to where you are calling from. Other new Nest Aware features include the ability to keep tabs on elderly relatives through their Nest Hub Max display by receiving alerts.