Google today announced that Chrome will start blocking resource-heavy ads. The company ads that mine cryptocurrency, are poorly programmed, or are unoptimized for network usage because they “drain battery life, saturate already strained networks, and cost money.” There are three possible thresholds an ad can hit to be blocked: 4MB of network data, 15 seconds of CPU usage in any 30 second period, or 60 seconds of total CPU usage. Google will be experimenting with this change “over the next several months” and will roll it out on Chrome stable “near the end of August.”

Not many are aware that the world’s most popular browser has a built-in ad blocker. Two years ago, Google joined the Coalition for Better Ads, a group that specifies standards for how the industry should improve ads for consumers. Chrome blocks all ads (including those owned or served by Google) on websites that display non-compliant ads, as defined by the coalition. In addition to ads, Google has also used Chrome’s ad blocker to tackle “abusive experiences”. The tool is thus more for punishing bad sites than a complete ad blocker.

Because ad blockers hurt publishers (like VentureBeat) that create free content, blocking all ads would cripple not only one of the web’s few monetization tools, but Alphabet’s main revenue stream as well. Indeed, Google has a vested interest in improving the web’s user experience. Google’s approach is thus to start small and ramp up slowly — gradually changing how business owners, marketers, and developers build websites. Given its reach, including over 1 billion Chrome users and over 2.5 billion monthly active Android devices, not to mention Google Search and Google Ads, anyone with a website needs to track what Google prioritizes.

Google says that “a fraction of a percent of ads” consume a disproportionate share of device resources, including battery and network data. The company measured the ads Chrome sees and targeted the most egregious ads, meaning those that “use more CPU or network bandwidth than 99.9% of all detected ads for that resource.”

The thresholds (4MB of network data, 15 seconds of CPU usage in any 30 second period, 60 seconds of total CPU usage) represent just 0.3% of ads, Google said. And yet, they account for 26% of network data used by ads and 28% of all ad CPU usage. Google’s chart below shows the overall percentage of heavy and non-heavy ads and the total resource usage of each. 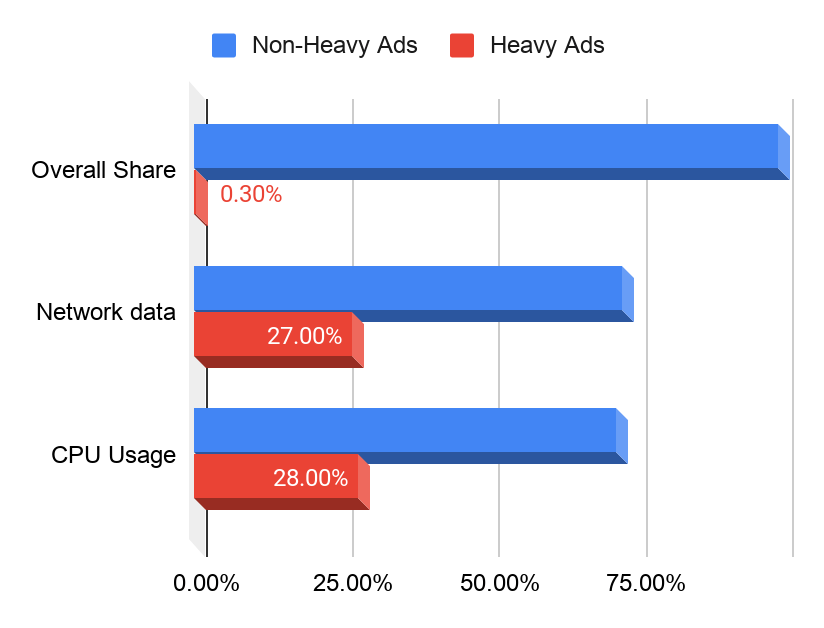 Chrome will limit the resources a display ad can use before the user interacts with the ad. When an ad reaches one of the thresholds, the ad’s frame will navigate to an error page that simply says “Ad removed.” 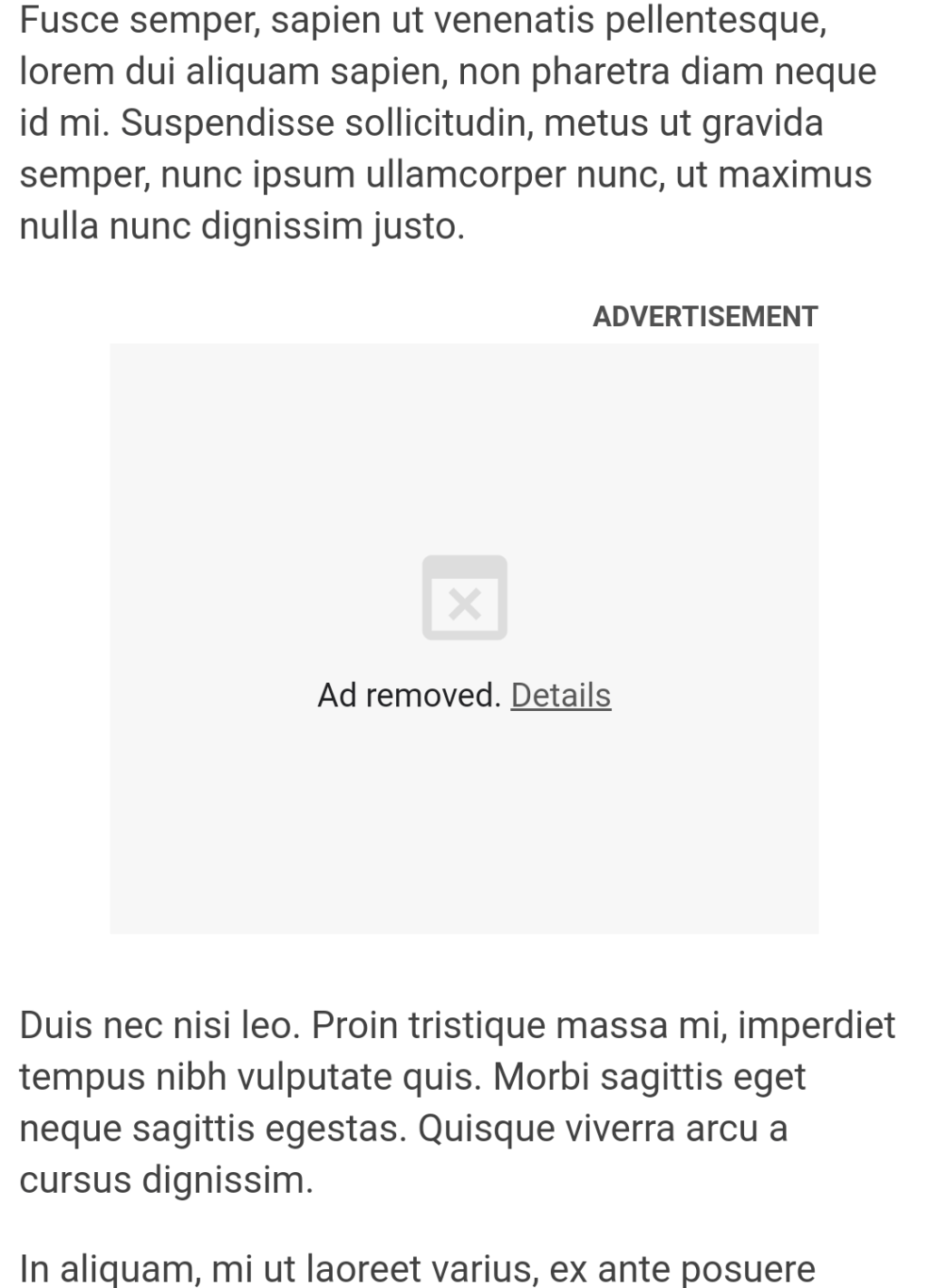 Clicking on Details will inform the user that the ad has used too many resources.

Google wants to throw its weight around to cut down those numbers. Presumably it will then adjust the thresholds. The goal? “To save our users’ batteries and data plans, and provide them with a good experience on the web.”

But Google does not want to simply flip a switch on this heavy ads intervention. The company is looking to give ad creators and tool providers time to “prepare and incorporate these thresholds into their workflows.” Google will also share reports with advertisers so they can see how Chrome’s ad blocker is impacting their ads.