Contentsquare, a French startup that meshes AI with predictive analytics to give brands insights into how consumers are interacting with their websites and apps, has raised $190 million in a series D round of funding.

The raise comes as billions of people around the world have been forced to adhere to lockdown and social distancing measures driven by the COVID-19 crisis, which has led to a sizable uptick in people buying things online. Contentsquare is designed to help companies that are looking to optimize their digital properties by showing them not only where they may be losing customers, but why.

When integrated with a website or app, Contentsquare monitors content, user experience, pricing, and technical performance. The platform crunches billions of touch and mouse movements, from when a potential customer enters a site to when they exit. This can surface the impact of particular events such as 404 errors, or other problematic pages in the process, that contributed to a visitor dropping off. A so-called “AI-powered system of smart alerts” notifies businesses whenever visitors deviate from previously benchmarked “normal behavior.”

The Contentsquare platform can recognize individual elements on a website or app and attributes tags, such as a menu or button. This “autozone” technology can home in on problematic features and inform companies about any changes that they may need to make. The platform uses metrics such as “attractiveness,” “engagement rate,” “revenue attribution,” and “hesitation” to understand which parts cause frustration and attrition. For example, it looks at how much time elapses between a mouse movement and the first click on a button, which may reveal whether the customer understands the instructions easily. 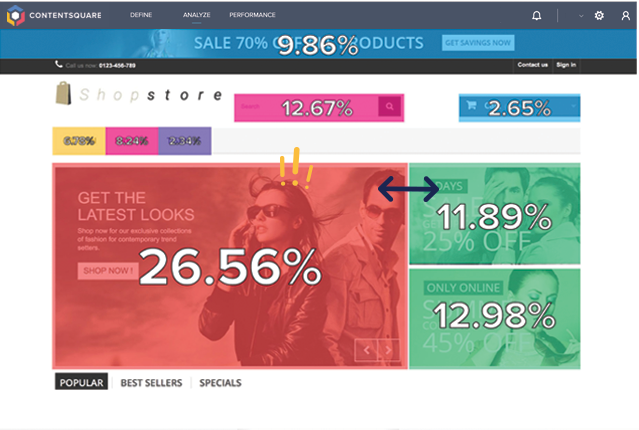 Moreover, companies can replay individual browsing sessions to see first-hand how a user was interacting with their app or website. 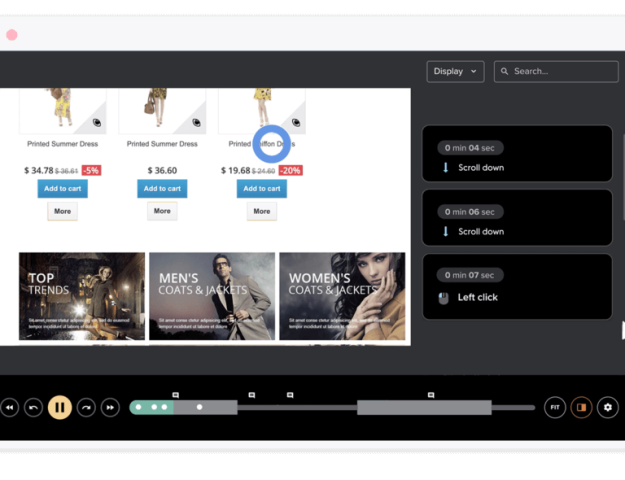 Prior to now, Contentsquare had raised $122 million, including a $60 million tranche last year, and with another $190 million in the bank the company said that it will double down on its global growth and invest in its core predictive analytics platform. The round was led by BlackRock’s Private Equity Partners team, with participation from Bpifrance, Eurazeo Growth, Canaan, GPE Hermes, Highland Europe, H14, and KKR.

In the past year, Contentsquare said it has doubled its global head count to 600, and now runs offices in its native Paris as well as Munich, London, New York, San Francisco, Tel Aviv, Tokyo, and Singapore.

Other notable players in the space include Atlanta-based FullStory, which raised a $32 million round of funding last year from big-name backers including GV, and London-based Glassbox, which last month closed a $40 million investment. 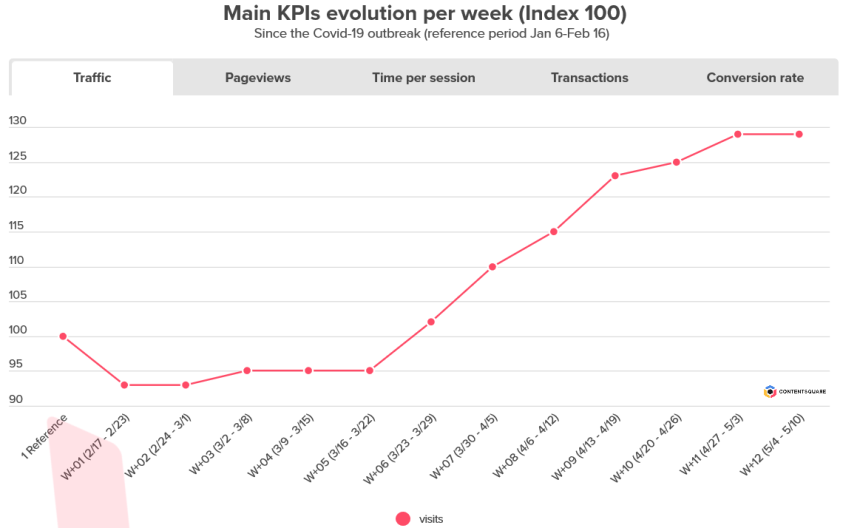 Above: Contentsquare: Traffic to ecommerce properties during COVID-19

Digging down into the numbers, Contentsquare data shows that while digital sales overall have surged, it varies by industry. Online groceries have skyrocketed, while consumer electronics and entertainment have also seen significant increases. Tourism, meanwhile, is down.

For Contentsquare itself, chief marketing officer Aimee Stone told VentureBeat that it has seen a spike in interest from entities in specific sectors that are looking to improve their online offerings. “We’ve seen serious buyers from companies in personal financial services like taxes and insurance and omnichannel retailers who are under intense pressure to transform their digital site and apps to be successful in the new normal,” she said.