Although Apple’s WWDC 2020 is packed with operating system announcements, the ones that will matter to the most people focus on the company’s most popular device: the iPhone. Unsurprisingly, Apple today announced iOS 14, the latest major release of its pocket operating system, which includes a collection of long-awaited refinements to core user interface elements, as well as a few new features that address other omissions in the largely mature platform.

Several of iOS 14’s changes impact the iPhone’s most commonly seen screens, including the Home screen, phone calling interface, and App Store previews. Many years after the feature debuted on Android devices, Apple is finally adding support for Widgets accessible from the Home screen, as well as an icon grid redesign that supports addition of those widgets to the display. Users will also be able to switch the Home screen from a grid to an auto-sorted list, sortable by most used apps and suggested apps, known as App Library.

Widgets are offered in multiple sizes, including squares and rectangles that can either be full-width or half-width on the screen, inserted directly into the Home screen or kept within the left-of-Home screen Day view. A new Widget Gallery lets users see different size and design options, taken in some cases from Apple Watch views. There’s also a Smart Stack that can appear at one place on the screen and shift between multiple views. 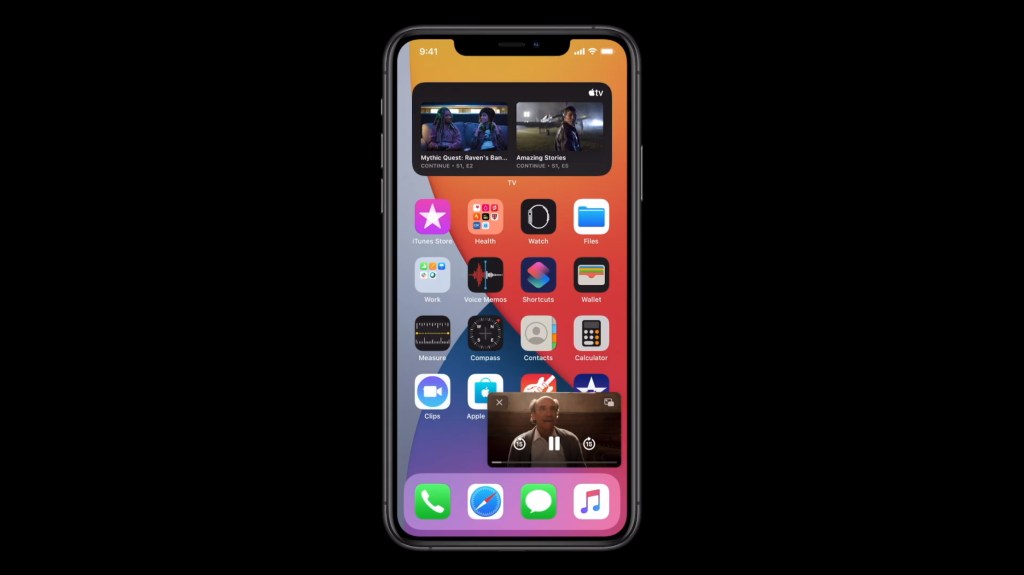 Picture-in-picture, a feature that’s been on the iPad for an extended period of time, is now coming to the iPhone in the exact same ways: Videos can play within this window, which can shift around the screen or get moved off to the side.

On iOS, Siri is being redesigned to become less intrusive, appearing at the bottom of the screen with just a glowing orb rather than taking over the entire screen. As before, the app can be used to surface apps and do searches; Siri is now able to draw upon answers from across more resources on the internet, and can be used to trigger voice message sending. Dictation will now be run on the device, rather than requiring cloud access, and many new language pairings are being added to enable live translation between language pairs. Translate, a new iOS app, can work completely offline and translate between 11 different languages. 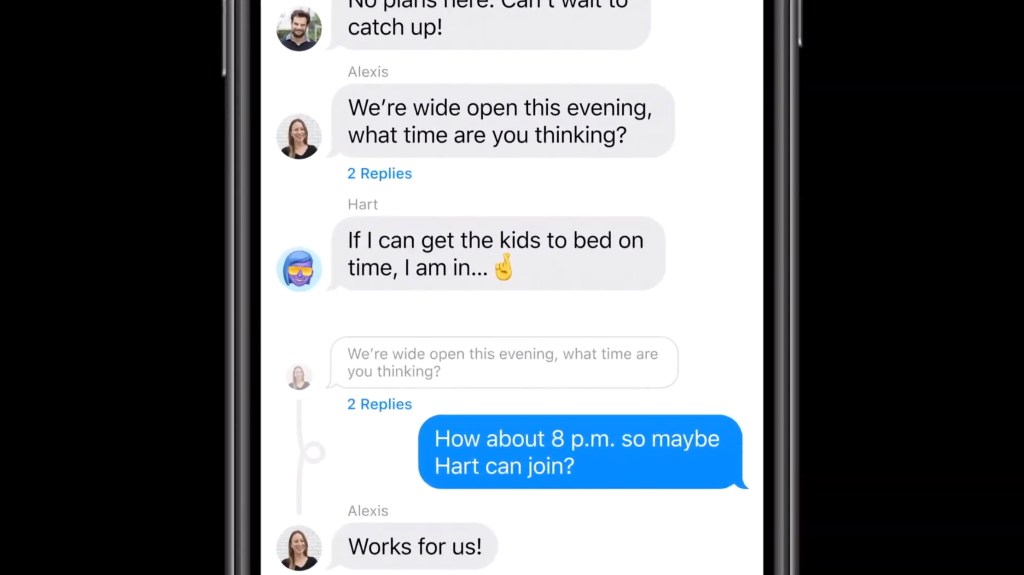 The Messages app is being updated to include Conversations — easy to follow discussions — plus updated Memojis, and improved Groups. As hinted in Apple’s WWDC20 announcement graphics, Memoji avatars now include a wider range of customizations, ranging from more detailed hair styles to additional fashion accessories — even face coverings. More ages are covered in the range of ages. It will also improve its group chat support, enabling @ Mention tagging of individual participants to trigger notifications on their devices, inline replies that can be followed individually rather than seeing the entire group chat, and Group customized pin graphics to ID groups and members quickly on screen.

Maps is getting an update to improve discovery of “great places,” including integrated “Guides” to great places to eat, shop, and explore from providers such as Zagat and AirTrails. Cycling directions have been added to help people get bike-friendly directions to destinations, including elevation data and noise levels so people can plan for different conditions, as well as the need for climbing stairs. NYC, LA, SF, Shanghai, and Beijing will be the first with the system. EV routing is being added to help auto-locate charging stops along your route, with charger data specific to your specific vehicle to help you avoid the wrong type of chargers. 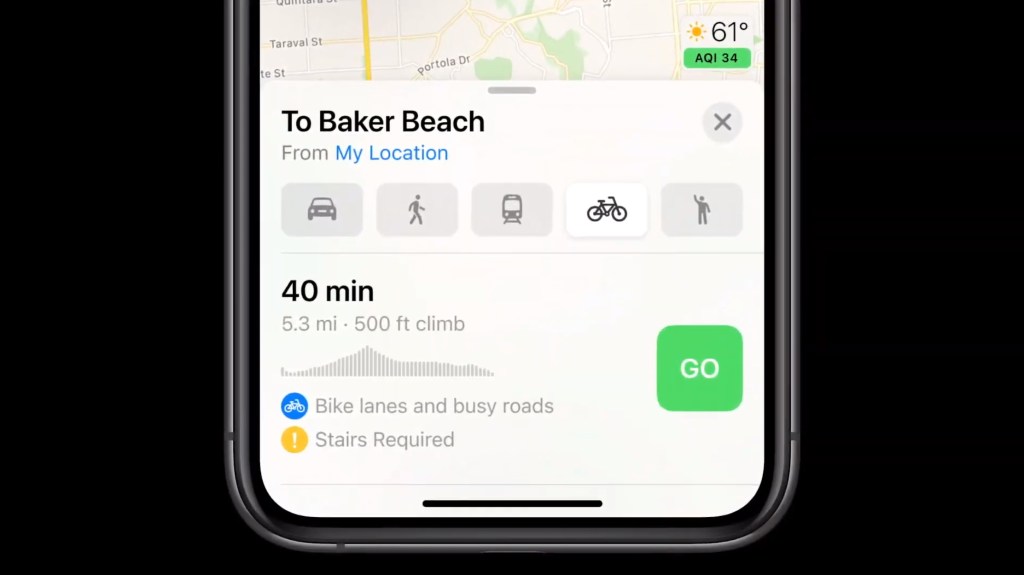 Apple is improving its in-car interface CarPlay with custom wallpaper option, as well as support for CarKey — coming to iOS 13 as well — enabling users to lock, unlock, and start supported cars using the iPhone’s NFC abilities. Launching with a new BMW, the feature will create digital keys with various degrees of access to a vehicle’s compartments and/or engine. They’ll be shareable on a temporary basis with valets and aides. While NFC car access will not be limited to Apple devices, the feature may benefit from the various privacy and security protocols Apple promises across its platforms.

The App Store is adding support for app previews called App Clips, enabling users to grab mini or demo versions of key app content without the need to download the full apps. This initiative is akin to Google’s Slices for Android, and intended to provide a better promotional opportunity for software, as well as quick access to purchasing, ride-sharing, or rental apps. You can launch an App Clip for just a single purpose, such as making an Apple Pay purchase quickly from a web link, or a QR code, or an NFC tag. New Apple-designed App Clip codes will include support for NFC and QR-style scanning. Clips will be 10MB or less in size, and one app can have multiple App Clips, such as Yelp support for restaurant-specific clips.