Every year since the Apple Watch first hit stores in 2015, Apple has upgraded its watchOS operating system with a handful of nice but not game-changing features — enough to make its wrist wearables more appealing and useful without fundamentally rethinking some of their most glaring issues. Today, Apple is officially announcing watchOS 7, which partially addresses some of the platform’s longest-running user complaints, including more customizable watch faces, sleep tracking, and more.

Apple is adding multiple complications from an individual app, so a Watch Face can offer multiple data streams and quick-press features from a single app. Several new watch faces are being introduced, including Infograph Pro with tachymeter — an analog dial to measure a user’s speed and distance towards a goal given travel time. Users will also be able to share watch face configurations with others using simple links, and share them across social media.

Cycling directions, introduced in iOS 14, are coming to the Apple Watch with granular details on dismounting, elevation, bike repair shops, and more. Renamed Fitness, the prior Workouts app now supports dance tracking, which enables the Watch to recognize data from arms, heart rate activity, and gyroscope motion, as well as additional types of workouts. 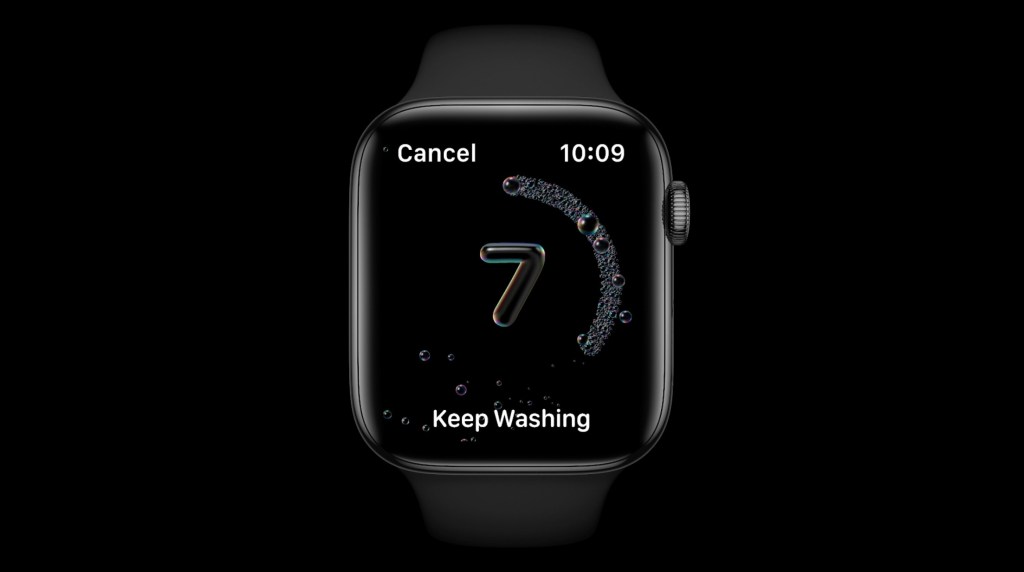 As has been long expected, Apple is adding a sleep tracking mode to watchOS that will integrate with the iPhone’s Health app, including trends over time and highlights, plus watch features to help ease you out of sleep in the morning. You’ll be able to disable your previously set morning alarm automatically if the watch detects normal movement prior to the alarm sounding.

That said, it’s unclear how well the Apple Watch will actually work for sleep tracking given its battery life, which is only officially rated for 18 hours between charges. The Watch will display its current battery level upon wakeup, as a passive (if inconvenient) reminder to recharge the wearable before going out for the day.

Additionally, a new hand washing app will help users do 20 second hand washing sessions, complete with a new interface with bubbles to indicate whether hands were being washed long enough. If you stop too soon — something that will be auto-sensed by the watch — you’ll get a reminder to keep washing.