Revolution Software is debuting Beyond a Steel Sky, the long-awaited sequel to its 1990s cyberpunk adventure game Beneath a Steel Sky. Why it took so long — and the company is finally able to launch the game today on Apple Arcade — is an instructive tale about how the game industry has changed over the past decades.

Beneath a Steel Sky debuted in 1994, and the original creators, comic book artist Dave Gibbons (Watchmen co-creator) and Charles Cecil (CEO of Revolution Software), wanted to collaborate on a sequel when the timing was right. In an interview with GamesBeat, they admitted they didn’t think it was going to take 26 years to make that happen.

“I’m really proud of video games as a medium because we have so many fans who remember everything about the games that we wrote,” said Cecil. “And in the case of 26 years ago, people remember the story. The way that stories are conveyed in games gives an extra power because it’s an interactive medium.”

One of the obstacles to a sequel was that the adventure game market tanked and publishers figured it was no longer a good bet. But because of the iPhone, the market opportunity came around again, first with Beneath a Steel Sky as a retro title and then as a beloved franchise with pent-up demand. Because of that second opportunity, Gibbons and Cecil were able to renew their friendship and collaboration.

“I’m absolutely thrilled because obviously I worked with Charles and his team on the first game way back in the ’90s, when everything was much more primitive. And so it’s a real joy to see this stuff go from my drawing board to the kind of fully realized 3D-rendered look as if it were coming out of a comic book,” Gibbons said. “I’ve enjoyed doing it as much as anything I’ve ever done in comics. So it’s been worth the long haul.” 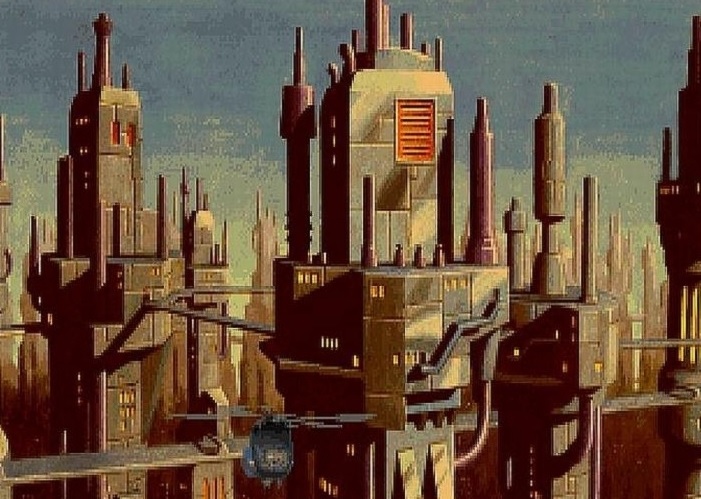 Above: Beneath a Steel Sky came out in 1994 and was later remade for the iPhone.

Cecil said the fax machine was the technology of the 1990s. Gibbons would draw an image and fax it to Cecil, who received the fax at an excruciatingly slow pace. They would talk about the image and send it back and forth until it was right. Cecil would then give that to the artist, who could create an animated digital version on the Amiga computer, which had just 32 colors. Gibbons used an art program called Deluxe Paint on the Amiga computer to create the art.

Now the company can tap a gigabit ethernet connection in the English city of York, which has become a kind of high-tech hub in the United Kingdom, said Noirin Carmody, cofounder and chief operating officer at Revolution Software, in an interview with GamesBeat. She joined the company in 1988 and brought her experience from working at the European office of Sierra On-Line, maker of games such as King’s Quest, Police Quest, and Leisure Suit Larry. 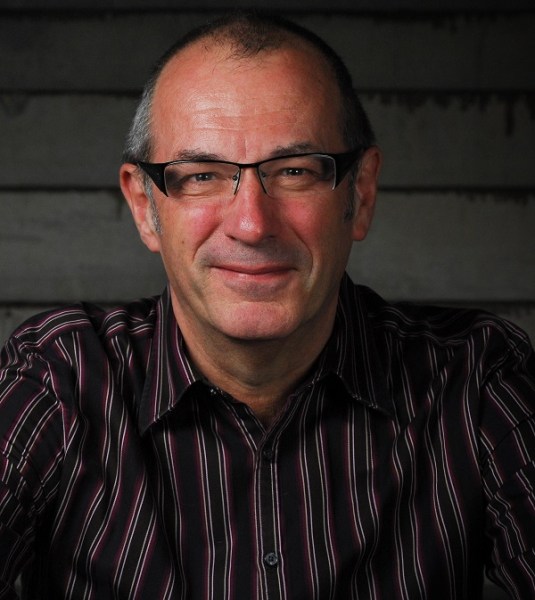 Above: Dave Gibbons is a comic artist and co-creator of the Steel Sky games.

Carmody was one of a handful of women in games, though she had company in artists working at Revolution Software and she viewed King’s Quest creator Roberta Williams as a role model.

The company’s first game was Lure of the Temptress. Carmody remembered Cecil put the name down as a joke and the producer loved the title and chose it, even though the game had no luring and no temptress. Beneath a Steel Sky was the second game, and both were received well by critics, who liked the new style of story-based adventure games.

While Beneath a Steel Sky was popular, the company’s next game, Broken Sword: The Shadow of the Templars became its biggest commercial success, selling more than a million copies on the PlayStation. Revolution Software went on to create four additional games in the series, which forced it to push off any thoughts of a sequel to Beneath a Steel Sky. This was the case even though Gibbons had a script for the second game already written.

“Charles was busy with other games he had to make, and I had a load of comics and stuff I needed to do, and so the timing was never right,” Gibbons said.

Moving to the iPhone 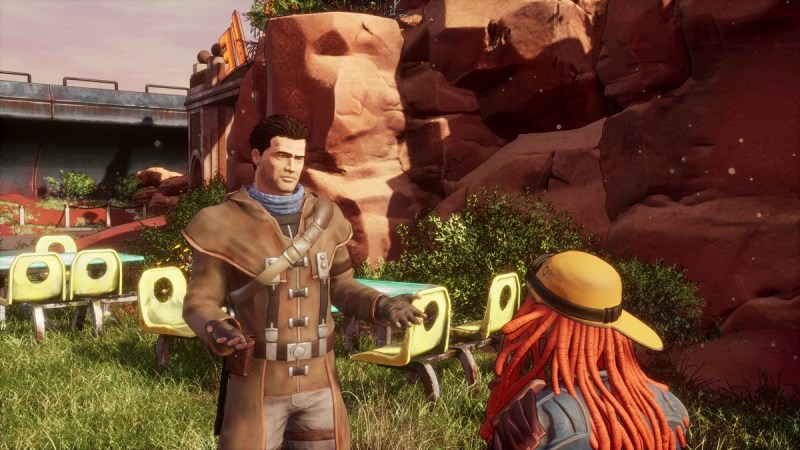 Above: Robert Foster in Beyond a Steel Sky

Meanwhile, the adventure genre had begun to decline by the end of the 1990s. Cecil said publishers felt the PC was dead as a platform, and retailers weren’t bullish on the genre either. So Revolution Software had very little opportunity to make a sequel to Beneath a Steel Sky.

By 2008, when the iPhone first came out, Revolution Software wasn’t making adventure games anymore. Apple approached the company and asked if it would remake some of its adventure titles for the iPhone, which was just starting to gain traction with its third-party app store. So Revolution Software created remakes and remasters of Beneath a Steel Sky and Broken Sword, which were ideally suited for the technology available on smartphones at the time. 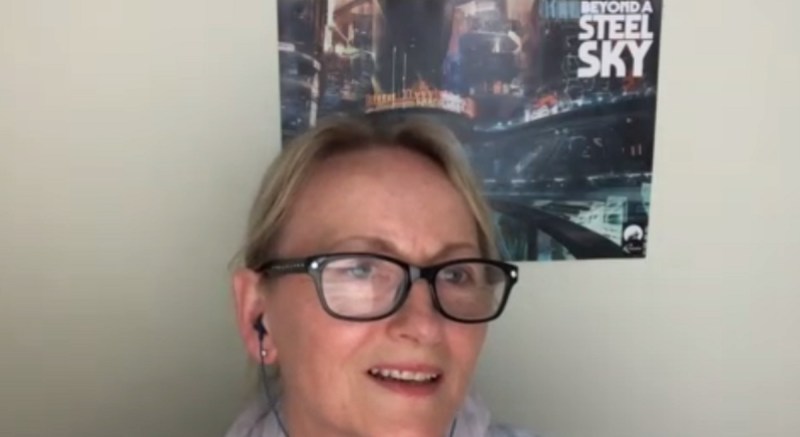 It turned out the digital assets of Beneath a Steel Sky matched the resolution of the iPhone, and Broken Sword worked well on one of the later iPhones. This shift toward mobile helped Revolution Software, still an indie game company, make money on assets it had created earlier. And the company was able to directly publish games to the iPhone, rather than being at the mercy of publishers who took the lion’s share of revenues.

“The digital revolution just changed everything for developers,” Carmody said. “We were receiving 20% of the revenues from our publishers. We never recouped our investment in early games. We were just keeping our heads above water. And here Apple was offering us 70%. It was a huge turning point for us.”

The late 2000s saw pent-up demand for retro games, and downloads climbed into the millions upon millions. Now, the iPhone is an evergreen opportunity, with mobile gaming passing $100 billion in revenues. This means even “small genres” like adventure games can be good business on iOS.

And some retro fans weren’t even around in the good old days. At one of the launches, Carmody said she ran into a young man who said, “I can’t wait to play this game. I was too young to play it when it came out first.” 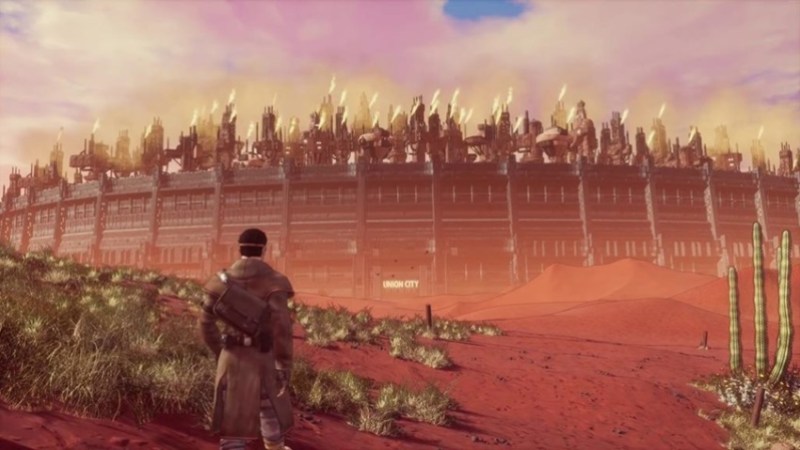 Above: Revolution Software’s Beyond a Steel Sky

Cecil and Gibbons did discuss returning to the game from time to time. But the story they eventually developed turned out to be very different from the script Gibbons had in 1995. The company had access to modern technology and a bigger team, which allowed them to figure out what kind of story they wanted to pursue.

The idea was to make it more like a moving comic book, Gibbons said. The timeline was later, though familiar to anyone who played the original games. But it was also designed to be accessible to those who hadn’t played the original. 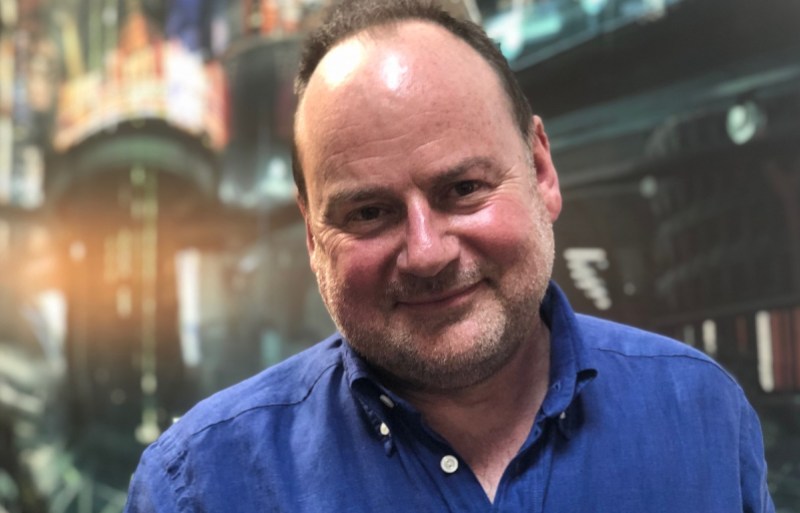 Above: Charles Cecil is CEO of Revolution Software

In Beyond a Steel Sky, players can go back inside Union City, the dystopian setting of the original. It looks like you’re stepping into a comic book. Mind you, it’s not a Marvel movie, nor is it a high-end triple-A video game. It’s an adventure game akin to the kind Revolution Software has always made.

Cecil said the sequel was a very ambitious undertaking. This time, Gibbons was able to draw an interactive comic book with an electronic pen on a Wacom tablet and immediately transfer it to Cecil’s team. Gibbons said it was easier to visualize the sequel’s art the second time around, in part because protagonist Robert Foster appears in both games. His sidekick robot was also the same.

But this time the team was able to use a lot more imagination in depicting the city and its skyline. Now the backdrop is as rich as any modern game.

“Now I don’t have to walk over to the fax machine,” Gibbons said. 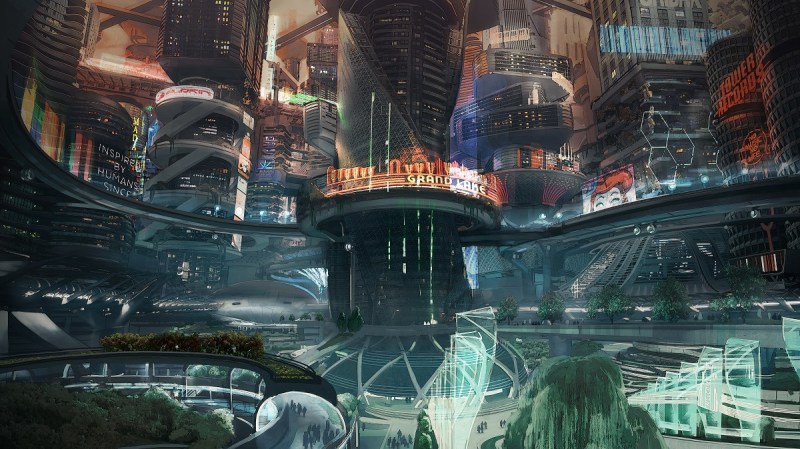 Above: The skyline of Beyond a Steel Sky.

Beyond a Steel Sky would not have worked as a free-to-play game. The same is true of most narrative-based games, which have a beginning and an end. Free-to-play games require constant updates and an endless amount of new content with no ending, as that’s how they get people to keep coming back and spending money.

But Apple wanted Revolution Studios to be one of the early developers for its subscription game service. The service that eventually became Apple Arcade made sense because it was based on a subscription business where players pay $5 a month. Apple rewards developers based on how much usage they get.

And so story-based games with endings are perfectly suited for the subscription model. Revolution Studios went all out, making its first game using the high-end Unreal Engine. The team had to get up to speed on the Unreal Engine, which initially slowed down development a bit.

“Apple Arcade is another sea change for us,” Carmody said. “We’re always ambitious. But this ensured that our creative ambition could be realized. We were excited to be part of an exciting new platform.”

Revolution Studios began working on the sequel more than 2.5 years ago. Gibbons said it was like the planets were finally aligned.

“It’s been a game that we’ve worked on intensively for two years, and we started talking to Dave probably two and a half years ago,” Cecil said.

Revolution Studios had a team of 30 available to work on the game, and with contractors that expanded to more than 60 developers. More than 90% of the people were working remotely from countries like Ukraine, Serbia, Italy, Spain, Portugal, and the United Kingdom.

“We invest a lot in our games, and we want to be right up there with the triple-A games,” Carmody said.

The team had to finish the game while in quarantine, but fortunately the developers remained healthy throughout the project.

Where the story goes 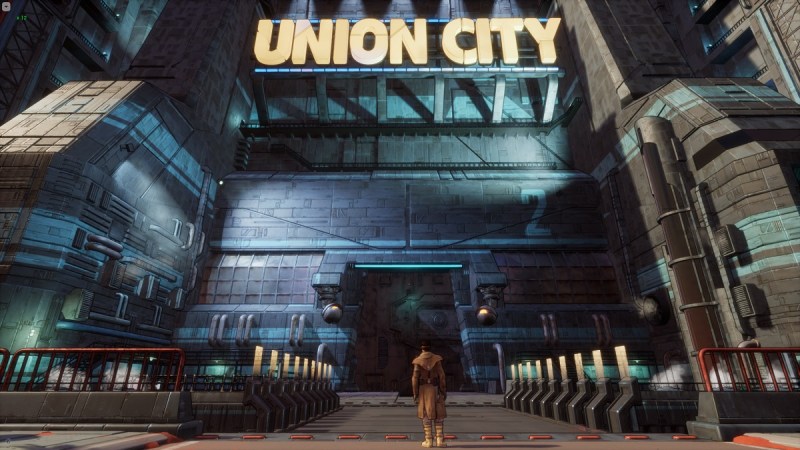 Above: Union City in Beyond a Steel Sky.

As for the direction of the story, Cecil said, “We would set the expectations back to the original. [Players] are going to discover lots of things that have changed. They will recognize the first-time-around locations. And what we’re doing is we’re telling the same story but on the other side of the coin. You left your pal Joey with instructions to make people happy. That’s what happened at the end of the first game, and you return and, on the surface, the city is the utopia. This is what AI has done to build happiness. The reason we wrote it this way is that it has lots of parallels to the modern world.”

Gibbons added, “I agree with what Charles has said. It’s not a political tract. And it isn’t a studied example of utopia and dystopia. But the idea of utopia is rather interesting, and also the notion of telling a machine to make people happy, which is a thing that requires a little bit of interpretation and subtlety, is something that machines at the moment aren’t quite capable of doing. We’re exploring some interesting areas there. Plus, in the first game, we only really got a glimpse of the city. To see it in all its glory, enormous detail, and enormous scale … I think I think it feels like a huge expansion on the first game.”

The game will debut on Steam in July. Revolution Studios isn’t saying what it’s working on next. But I’ll guess it’s another adventure game.