VGames has raised more than $30 million for its game-focused investment fund based in Israel. It’s one of dozens of venture capital and investment funds that have been drawn to the game industry in recent years.

Eitan Reisel, former head of games at Google Tel Aviv, started the first-of-its-kind game-focused fund in Israel. In an interview with GamesBeat, Reisel said he has already made four investments in the last few months and is in the process of finalizing the total fund amount.

The fund will invest mostly in game studios in Israel and Eastern Europe, backing talented entrepreneurs early on and supporting them as they grow. Reisel said that the fund is backed by a mix of local and global limited partners who are active players in the games ecosystem. Right now, about 30 companies are investing in games, but Reisel said he hasn’t found a games-only fund in Israel.

“Israel has become a very interesting market for game companies, with Playtika and Plarium,” Reisel said. “There’s a whole new generation coming up. The venture model is growing elsewhere, so why should we not have a dedicated fund in Israel? I started doing some angel investments in this space, and I very quickly understood that the right model would be to do a fund. I saw all the funds in the U.S., Europe, and Asia, and I saw no reason why we don’t have the same vehicles here.”

Reisel has 10 years of experience in the game industry and has worked with the largest global publishers to support growth, monetization, marketing, and mergers and acquisitions.

He said that Israel and Eastern Europe are key geographies for game studios, with 2020 projected revenues of billions of dollars each, based on App Annie research and Reisel’s own estimates. Israel has had success stories in games such as Playtika, Plarium, Moonactive, IronSource, Crazy Labs, and many more. 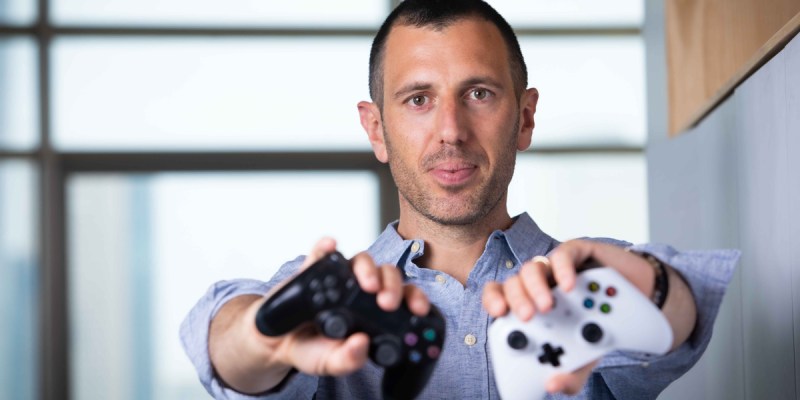 Above: Eitan Reisel is managing director at VGames.

Eastern Europe, meanwhile, is home to thousands of both new and mature game studios such as Huuuge Games, Ten Square Games, Nordeus, Vizor, Pixel Federation, Outfit7, and many more. Both regions are strong in casual games, and Reisel said he is excited about the emergence of hypercasual games, which are ad-supported and focus on gameplay sessions of a minute or less.

“Casual is where we are stronger,” he said. “I’d love to see triple-A and more core games and cross-platform games come out of here, but that’s something that we’re gonna have to nurture because we don’t have big companies in that space yet.”

With the outbreak of COVID-19, the games market has become even more attractive and popular, growing over 60% in playtime globally.

VGames will be investing exclusively in game studios, backing talented entrepreneurs early on from inception and supporting them with marketing, monetization, M&A, and global partnerships with the key players in the market such as Facebook and Google.

Reisel said he started raising the fund about 10 months ago. The fund has already invested in four game studios, among them InnPlay Labs and Brain Games, the developer of Save the Hay: Word Adventure. Both teams have vast experience, with founders having worked at leading game companies.

VGames anchor limited partner is Viola Ventures, an Israeli venture fund. Leading this initiative is Viola Ventures General Partner Danny Cohen, whose expertise lies in the B2C and consumer space. Reisel is the managing director and he said a principal will join in September.