The software algorithms are available for mobile phone makers to license now from Immervision’s exclusive distribution partner Ceva and enhance images through artificial intelligence and machine learning (see example photos in this story).

The wider field of view (FOV) in phones creates more apparent distortion than you would see with other cameras. But the software algorithms from Immervision help remove stretched bodies and change proportions — of objects, lines, and faces — in real time. The AI can take a line that looks like a banana and straighten it out, said Alessandro Gasparini, executive vice president of operations and chief commercial officer at Immervision, in an interview with VentureBeat.

Whether the goal is to leave the preset as is, fully customize it, let end-users decide, allow phone orientation to dictate, or leverage machine learning to control the result, Immervision said it can help phone makers differentiate their hardware.

Gasparini said the algorithms offer real-time distortion correction in both videos and pictures. They correct the perspective, capture more of a scene with less distortion, and correct line and object distortion. 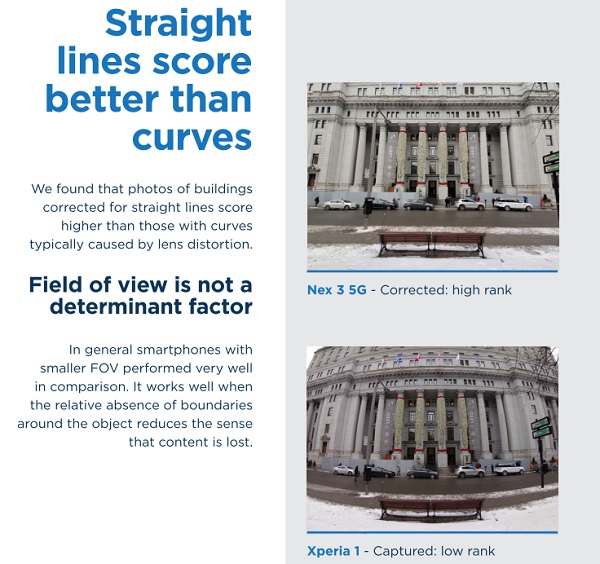 The wide-angle lens reduces the number of cameras and the cost, while improving image quality for landscape, group, and close-up pictures and videos taken with mobile phones.

While the majority of tier one phone makers have wide-angle lenses in their phones, tier two and tier three mobile brands have yet to adopt them. Immervision’s technology has been preconfigured on popular sensors, including Sony, Omnivision, and Samsung, and has one lens with ready-to-use software, reducing camera customization and integration time. The lens is 6.4 millimeters high and ranges from eight megapixels to 20 megapixels in terms of image quality.

“We design lenses for the mobile industry, with action cameras and broadcast cameras of different sizes, different resolutions, and different field of views,” Gasparini said.

Immervision surveyed users to find out what kind of image quality and distortion issues mattered most. Some lenses with low FOV numbers can make people on the edges of photos look fatter than they are, and that really makes people mad, Gasparini said. Most smartphones have lenses that are 100 to 130 degrees FOV. Immervision’s competition in this market includes Apple and Samsung, which do their own work. But Immervision’s job is to arm the rest of the industry with the same kind of high-quality cameras. 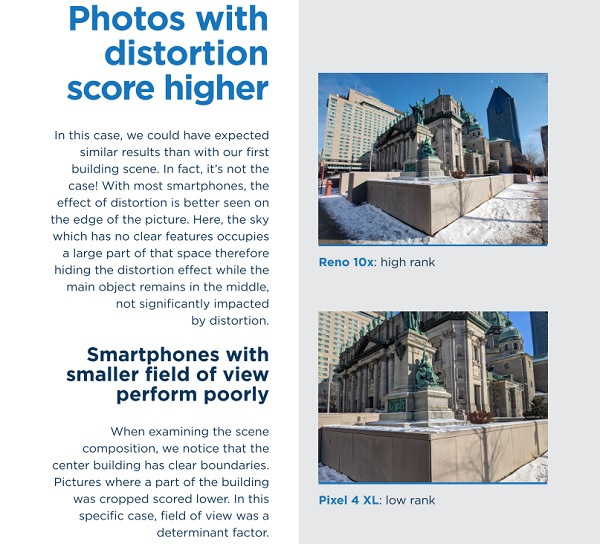 Above: Immervision helps a camera get a better view of a scene.

Gasparini said Immervision specializes in a combination of optical design and image processing, with different types of engineers under the same roof.

“We find ourselves to be one of the largest independent optical design firms in the world,” he said. “If you look at some of the companies that that manufacture optics today for smartphones, they might have one or two optical designers in their factory. Actually, we have more, and we have cross-pollination of different competencies in our company.”

Immervision was founded in 2000 and employs around 30 people. Gasparini said the company has managed good profit margins as it works to help cameras better reproduce reality.

“Software can do certain magic on images. But there are limitations,” Gasparini said. “And there are challenges the next generation has dealing with more video. The new smartphones are cinematographic, and more people will be shooting short films and movies with them. This will increase the challenge of processing them in real time.”