A lot of factors influence why mobile game players pick up new games. The top reason is that they want to play a game in particular genre, according to a new report by Facebook and GameRefinery.

The report has insight for mobile games across four major markets focusing on genre fulfilment, community, monetization and ad preferences. The researchers looked at four mobile game genres: strategy, role-playing games (RPGs), puzzle, and hypercasual (games you can play in a minute or less). They focused on the U.S., United Kingdom, South Korea, and Japan.

They looked at why people play, why they stray from a game, game features players value the most, types of community events and monetization and advertising preferences. 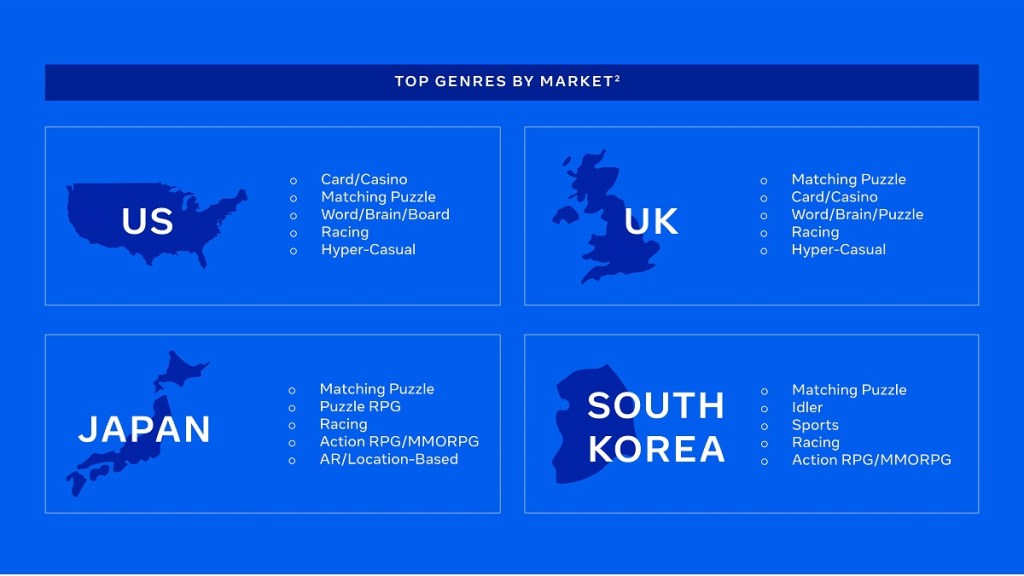 Above: The top game genres by market in mobile games.

They found that puzzle players are more likely to be female, who account for 75% of match-3 puzzle fans in the U.S. and U.K. They are likely over the age of 35, and they typically enjoy mobile games in between doing other tasks. They prefer games that can be played in short increments rather than in longer, more involved sessions. 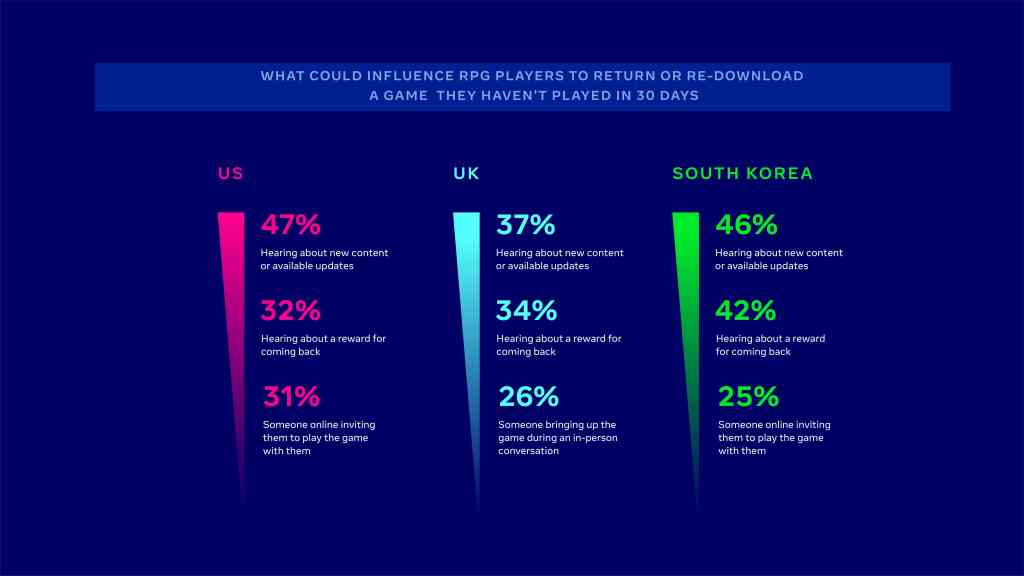 Above: GameRefinery/Facebook found why RPG players return to games.

In Japan and South Korea, RPGs are the top genre in which players make in-app purchases. Compared to other markets, players in these countries are also more likely to make a monthly purchase with 10.9% in South Korea and 9.3% in Japan having done so (compared to 5.4% of RPG players in the UK).

And from an ad preferences’ perspective, over 60% of strategy players across the U.S., U.K., South Korea, and Japan are willing to take the time to learn how to play a new game if an advertisement showcases the main gameplay and the characters/storyline.