In a preprint study published on Arxiv.org, University of Waterloo researchers find the pandemic has affected people’s perception of social robots and that feelings of loneliness can drive the purchase of these robots. It’s the coauthors’ belief the shift resulted in a higher level of attention to the consequences of isolation, which in turn emphasized the benefits of having a companion robot.

Social isolation isn’t uncommon among older adults (especially those with disabilities), and it can affect both health and quality of life. In point of fact, lack of social support can lead to loneliness, which is associated with depression, anxiety, and increases in cardiovascular risk. Pandemics increase social isolation; shelter-in-place mandates, quarantine orders, and business closures prevent loved ones from seeing each other. And while social robots like Romibo and Moxi can help allay loneliness, they can only succeed if society has a positive attitude toward them.

In an attempt to gauge the public’s perception of social robots during the pandemic, the researchers designed an online questionnaire that asked subjects to report their loneliness, stress levels, adherence to lockdown rules, and the overall effect of the pandemic on their lives, as well as their attitudes toward social robots (specifically whether their perception had changed as a result of the pandemic and the likelihood they’d buy a social robot). Drawing on studies that suggest a relationship between loneliness and the “big 5” personality traits — neuroticism, agreeableness, extroversion, conscientiousness, and openness — the researchers also had respondents, who were recruited through Amazon Mechanical Turk, complete a brief personality assessment. 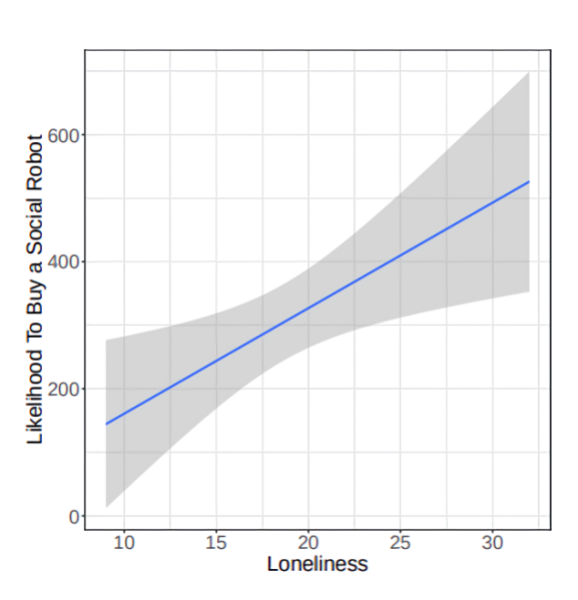 Though the number of subjects was relatively limited (102 people from Canada), the researchers say it was statistically significant enough to draw several conclusions, like that experiencing a pandemic-related change in lifestyle led to a change in perception about the benefits of robots. Perhaps unsurprisingly, they also found that changes in emotional stability (as measured by the personality test) were a strong predictor of perception changes, implying those with higher emotional stability were more likely to consider purchasing social robots. Lastly, they found that respondents who experienced loneliness were likely to consider purchasing a robot even if they showed little interest before.

The researchers make clear that the results of the survey don’t support replacing human contact with social robots. Rather, they show robots might play an important role in situations where direct human contact is prohibited (e.g., during pandemics) or impossible (e.g., for socially isolated adults). “While companion robots are shown to be effective in reducing loneliness, concerns such as using companion robots may lead to neglect from family members and reduce human interactions have negatively affected society’s attitude towards the companion robots, especially among the older adults,” the researchers wrote. “Our results provided evidence about a change in perception.”

The study’s results agree with those from a Pompeu Fabra University report earlier this year, which identified 66 different kinds of “social” robots that have been piloted in hospitals, health centers, airports, office buildings, and other public and private spaces in response to the pandemic. The coauthors of that report noted that social robots have the potential to reduce the workload and ensure the safety of care workers.