Rikard Steiber discovered how difficult it can be to manage someone’s estate after friends died during the pandemic. He empathized with family members’ struggle to complete tasks like closing social media accounts, securing photos, and dealing with financial services accounts.

So he started a digital legacy management company called GoodTrust to handle those responsibilities. You can set up an account with GoodTrust, and it will take care of your digital affairs after you die. That might sound ghoulish to some, but we’re all going to die, and we don’t want to leave our loved ones with a big mess.

“We know how difficult it is to find accounts and then also to close them down or actually extract content or money from them,” Steiber said in an interview with VentureBeat. “If you think about all your emails, documents, subscription services, your banks, your insurance, your social media — it is a ton of stuff, which means that if someone passed away and hasn’t thought about it, you’re not going to find most of these things.”

Palo Alto, California-based GoodTrust is dedicated to protecting the memory of loved ones and securing their assets after death. Among the tasks it can handle: setting up a memorial page on your Facebook account; stopping subscriptions that charge you monthly fees, like Netflix and Spotify; and closing down accounts that are no longer needed, such as LinkedIn. It can also discretely close accounts that you might never want discovered. And it can rescue the family photos and videos you want saved for posterity.

There are other services that cover some of the same ground, but GoodTrust tries to handle all of the legal, financial, and emotional legacies heirs typically have to deal with. 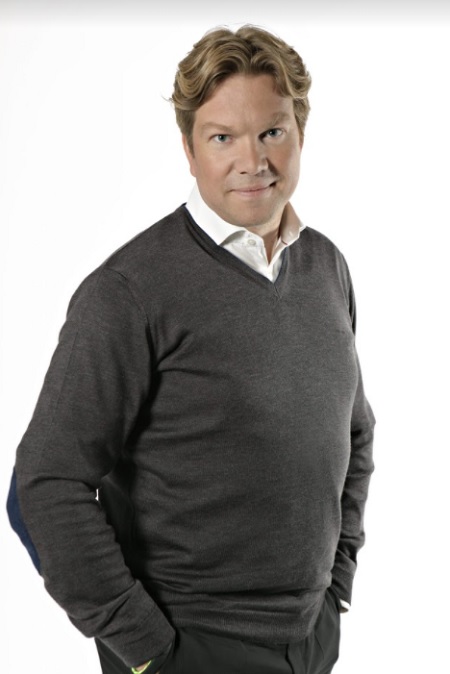 Above: Rikard Steiber is CEO of GoodTrust.

“When someone passes away, you’re thinking about which song should I play at the funeral,” Steiber said. “But you could go to the Spotify list and look at the 25 most played songs and think about what would work.”

GoodTrust plans start at $40, and the service can lock down more than 100 sites. In cases that cost more, it can even get court orders to gain access to accounts that require such measures. The company can also handle Facebook memorialization for first responders and their families at no cost.

In a 2020 survey, GoodTrust found 90% of U.S. adults do not know what happens to their digital assets (emails, photos, social media, online banking, sites/passwords) when they pass away, and 84% said they would use a secure online service to transition those assets when they die.

Around the world, 150,000 people die every day. While each tragedy affects loved ones on a personal level, it also means the number of deceased people on the internet is growing fast. Google chief evangelist and GoodTrust advisor Gopi Kallayil described GoodTrust as a simple and brilliant solution to “a most human problem.”

Beyond the task of tracking down sites you never knew existed, shuttering an account on someone else’s behalf is made more complicated by legal requirements that vary from site to site. Retrieving personal photos from a loved one’s account on Google, Apple, or Facebook requires expert legal knowledge and a court order. Those companies aren’t trying to make a survivor’s life hard. Just think of the consequences if they turned over an account to someone claiming to be a survivor when the “deceased” person was still alive.

Even if the family is aware of their loved one’s online accounts, most families are overwhelmed by the process. But when these accounts lie idle, their loved one’s information is at risk of being lost forever or even hacked, Steiber said.

“If someone passes away, Facebook is probably one of the important channels for you to connect with their friends or their network,” said Steiber. “So if you don’t do anything, then you can’t really control what’s being posted there. There could be some inappropriate pictures, or you get inappropriate birthday greetings. No one really has the strength to go after all of this. So that’s what we do.”

It can be even more difficult when money is involved, such as a Coinbase account for cryptocurrency or a Robin Hood stock-trading account. Not only do you have to prove the owner has died, but you also have to prove you are the rightful heir. 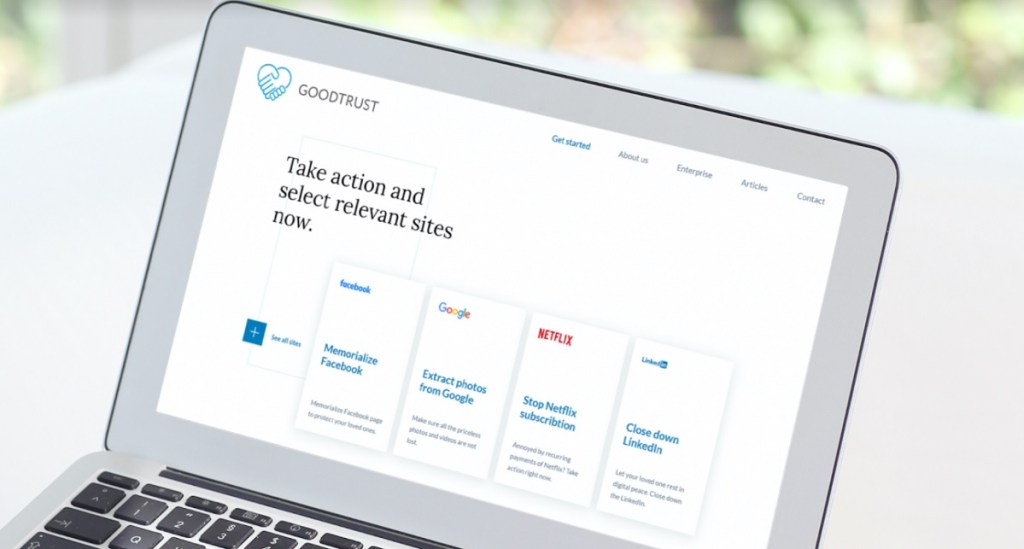 Above: GoodTrust helps you close accounts for a loved one who has died.

Steiber said the issue of trusting a company with secrets and passwords is a tough one. But GoodTrust does not need the deceased’s user password to memorialize Facebook, stop Netflix subscriptions, delete LinkedIn accounts, extract photos from Google Photos, and so on.

Customers give GoodTrust power of attorney and all the documentation required by the websites. Importantly, GoodTrust does not have access to customer accounts, nor does it see any of their content. Steiber said the company tries to handle a lot of this through automation. For difficult cases, GoodTrust has what it calls a “white glove service,” and the company will add more such services over time.

“Everyone has their dark secrets,” Steiber said. “Things like a password manager may capture all of your sites and passwords. But you don’t want to hand this over to someone else.”

Of course, GoodTrust could be hacked from the outside. But the best way to protect the digital identity of a deceased loved one is to take control of their digital accounts (or delete them), as this prevents hackers from taking over forgotten accounts or impersonating a user for scams.

Steiber was previously president of Viveport and senior vice president of virtual reality at HTC, which makes the Vive VR headsets. He certainly wasn’t expecting this to be his next company. But he said, “I just had a birthday and I wanted to do something that had a positive impact in the world, where technology could solve a problem.”