Western Digital is launching three new WD Black SSD drives today for gamers who want to stay up to speed and get rid of long loading times.

The SSDs are being touted as some of the best technical features of the new PlayStation 5 and Xbox Series X game consoles coming in November. These faster storage devices promise to completely eliminate long loading times for cutscenes, or cinematics in high-end games. But on the PC, SSDs have been out for a while, speeding up PC game performance and also providing extra storage for big games.

These storage devices are becoming much more important than they were in the past, and that’s why Western Digital is adding fancy branding to them. Each of the SSD products serves a different purpose.

The new WD Black models include the WD Black SN850 NVMe SSD with PCIe Gen4 technology with a speed of 7,000 MB/s (megabytes per second) sequential read speeds, write speeds of 5,300 MB/s, and up to 1 million IOPs performance. It transfers files faster than its predecessor and enables smoother loading of applications. And it has a version with a heatsink. It starts at $130 for a 500GB version, and it also has one-terabyte and two-terabyte models. It will be available at the end of October, but the heatsink version will come in the first quarter of 2021. 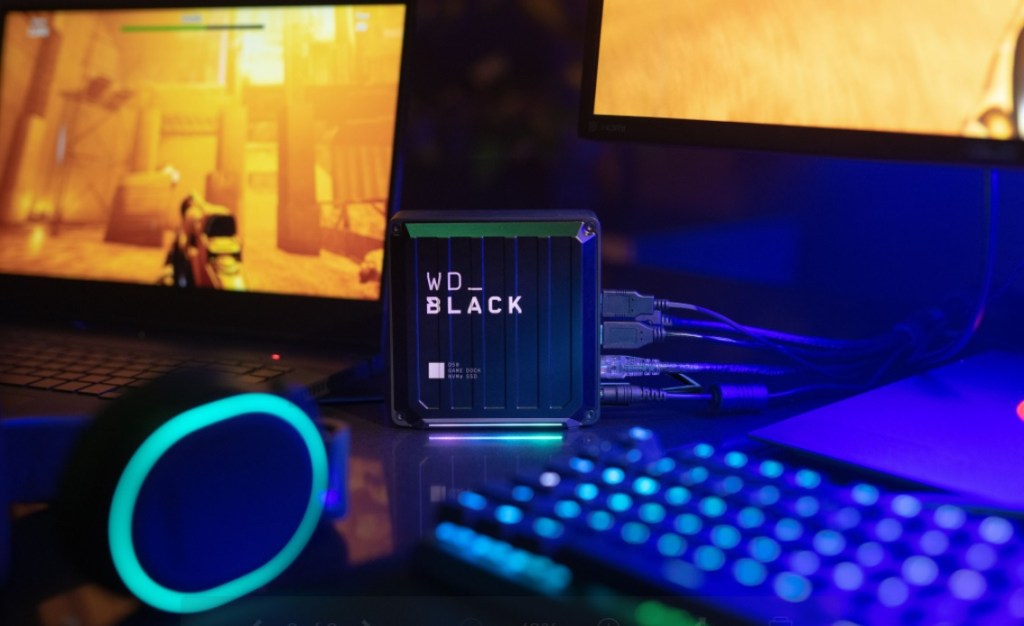 Western Digital is also launching a fully bootable Gen3 x8 add-in-card. The WD Black AN1500 NVMe SSD card is a fully bootable plug-and-play add-in card. It is powered by two internal SSDs in RAID 0 and PCIe Gen3 x8 technology. It has read speeds of 6,500 MB/s and write speeds of 4,100 MB/s. It comes with two terabytes (starting at $300) and four terabytes. It is available now at Western Digital’s online site and retailers.

And it is launching a Thunderbolt 3-powered WD Black D50 NVMe SSD gaming dock. Western Digital said it transforms a Thunderbolt-3-compatible laptop into an immersive gaming station. A one-terabyte dock sells for $500, while a non-SSD version sells for $320. The dock is available for preorder at Western Digital’s online store and retailers.

All of the products have RGB lighting options, which is part of the branding effort targeting gamers.