Niantic is known for its approach to augmented reality and location-based gaming. In the summer of 2016, Pokémon Go changed the world and how communities form around mobile games. Greg Borrud, the general manager at Niantic’s Los Angeles studio, has watched the industry grow and evolve from a reliance on PCs to consoles to phones that are more powerful than our 1997 Pentiums.

I sat down during the second day of GamesBeat Summit 2020 to chat about Borrud’s origin story in the game industry, his work at Seismic Games, Niantic’s approach to AR during the COVID-19 pandemic, and what the future of AR may have in store for Niantic’s fans.

Borrud’s entrance into games is pretty familiar, in that he mostly fell into it.

“I was kind of working in the television business,” Borrud began, “and this is back in the day when [gaming] was doing a lot of full-motion video games. And I was on a film shoot for a full-motion CD-ROM game for Capcom. I started thinking, ‘Huh, instead of being on the film side, I’d love to be on the video game side.’”

From there, Borrud launched his career in gaming at Activision, mostly in real-time strategy for PC, where he stayed for 3 years before striking out on his own in 1998 with the “unfortunately named” Pandemic Studios. Borrud wasn’t dissatisfied with his work at Activision, but the internal trend of subcontracting games to work-for-hire studios, including id and Neversoft, inspired him to found his own studio.

“As the industry evolved, at that point, consoles really started to become a thing,” Borrud continued. “So as a studio, we evolved from a PC shop into a console shop. And that’s when we really started moving into what would define Pandemic Studios with games like Star Wars: Battlefront, Mercenaries, Destroy All Humans, Full Spectrum Warrior, Saboteur. Just a great run of [games] for consoles.” 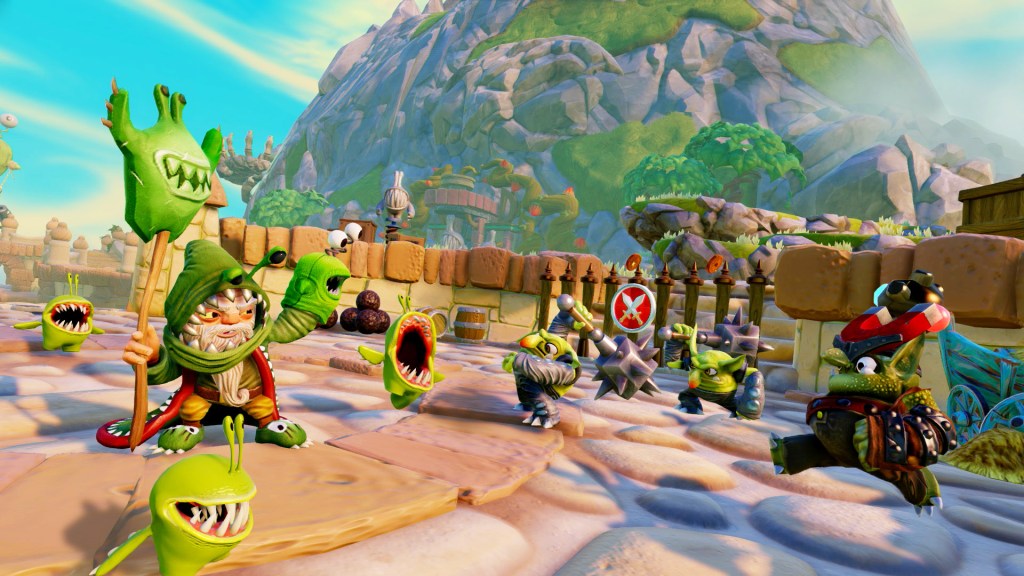 Above: Seismic worked on Skylanders at Call of Duty for Activision.

When Pandemic was shut down in 2009, two years after EA purchased the studio, and all 228 employees were laid off, “those people just spread throughout the industry.” Borrud continues to maintain contact and laud his former teammates as now working with “some of the finest studios in the world.”

But the culmination of Borrud’s years in the industry was in founding Seismic Games at the tail end of 2010. The idea was to bring together everything that Borrud had learned, the years of expertise and experience, and coalesce it into a new studio.

“Let’s take all of this expertise at building [games], take these people that we really love working with, and start looking at the new platforms,” Borrud said. “At the time, it was social, Facebook was in there for a hot minute, and then we were right onto mobile. It was the next phase of our evolution.”

Seismic worked on a number of different projects for Activision, including Call of Duty and Skylanders, but it really hit its stride on mobile with its partnership with Kabam and Marvel in Marvel Strike Force, which launched in March 2018.